This cake smash session was definitely one of my most elaborate yet but I just had to go all in when Mom and Dad said they wanted a Mandalorian-themed session for little Jonathan, who I also photographed as a newborn. Such a fun theme and Jonathan, I dare say, was even cuter than little Grogu, aka baby Yoda.

I started working on this set weeks in advance, creating a replica of the baby stroller/pod from the show with papier mache and my passable painting skills. I also created some fake "sand" out of pillow stuffing and paint in order to blend the planet of Tatooine background with our paper floor drop. Finally, I commissioned a friend who does some really cool 3D printing (details below) to create a replica of the Mandalorian's spaceship, the Razor Crest. It stayed in flight for most of the session but still remained a cute prop after it crash landed just before the bathtub photos... Spoiler alert: it's definitely in way better shape than the "real" Razor Crest.

Jonathan had so much fun as he smashed his cake, played with the stroller pod, and smeared icing over Mando's helmet. Luckily he quickly learned that the cake tasted better than the fake sand and dug in, eventually dumping his cake and getting his feet in the action before bath time. 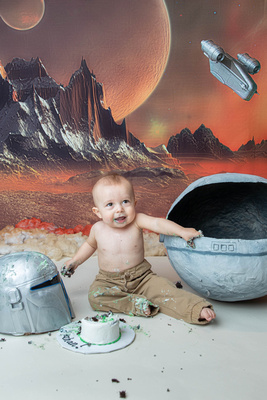 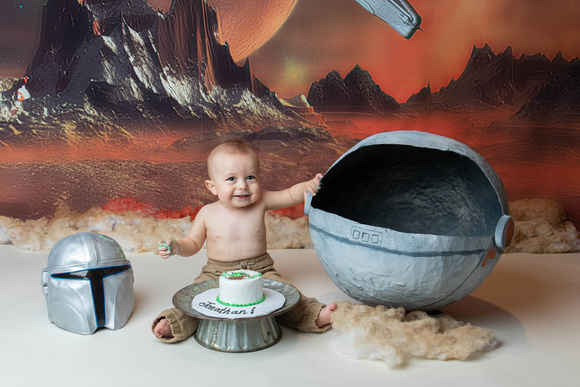 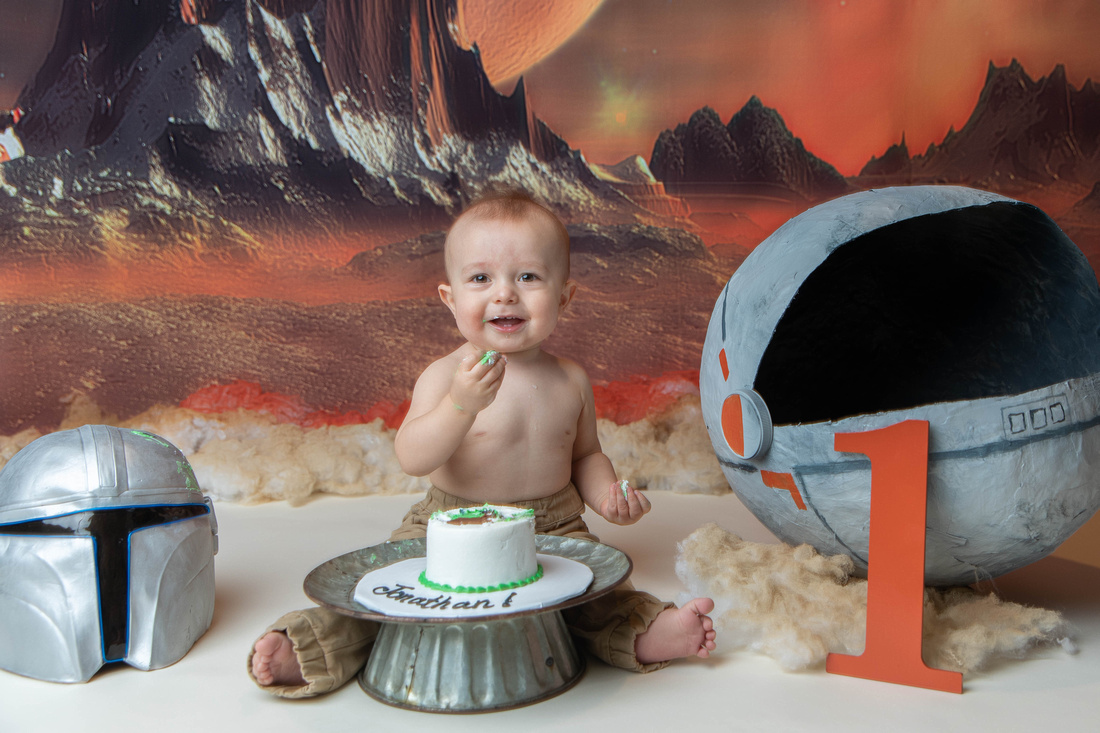 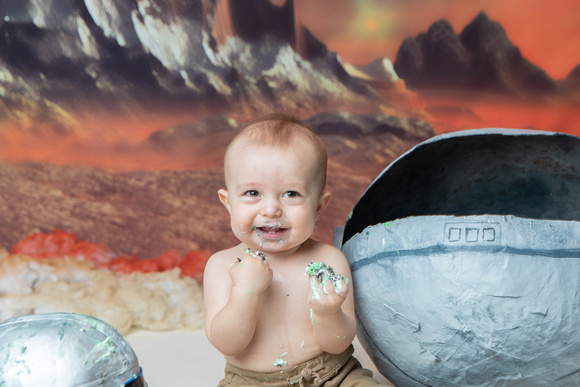 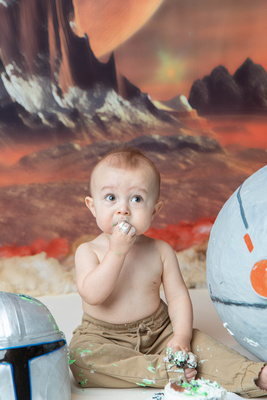 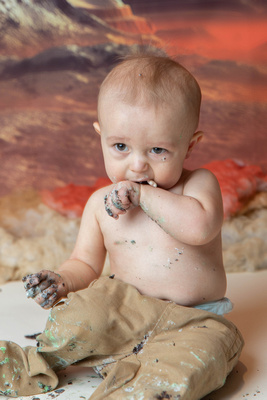 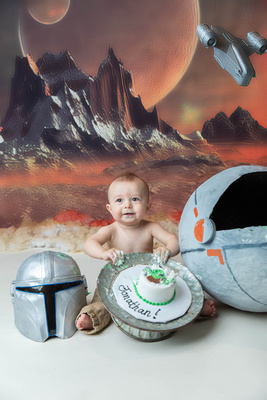 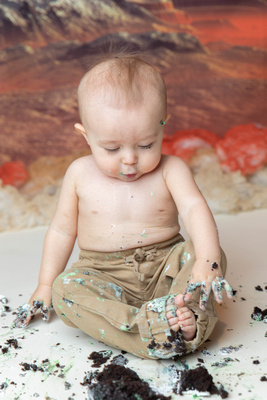 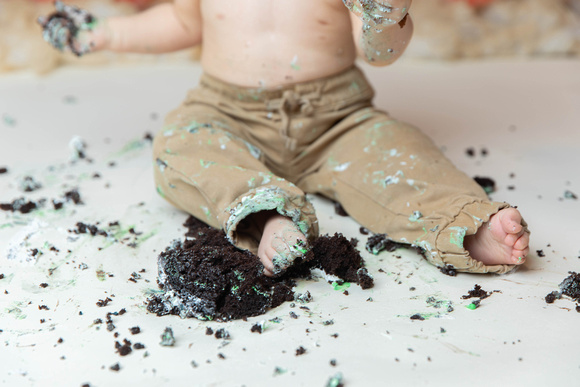 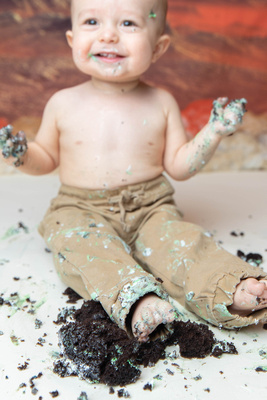 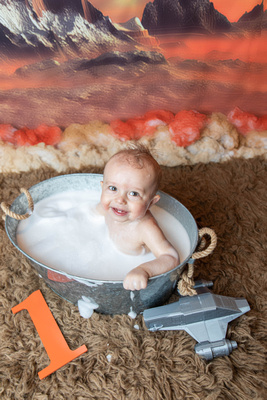 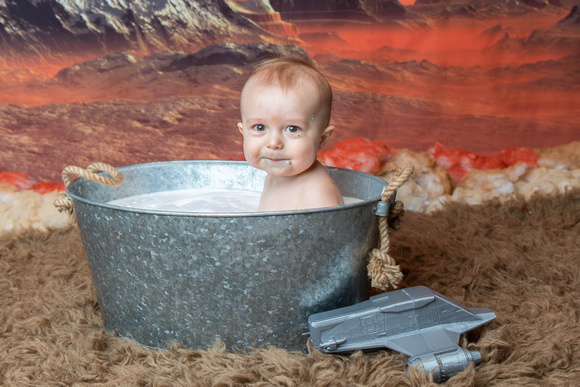 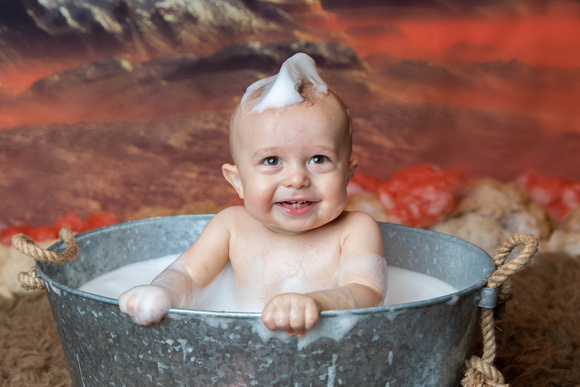 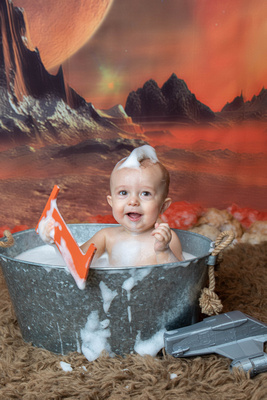 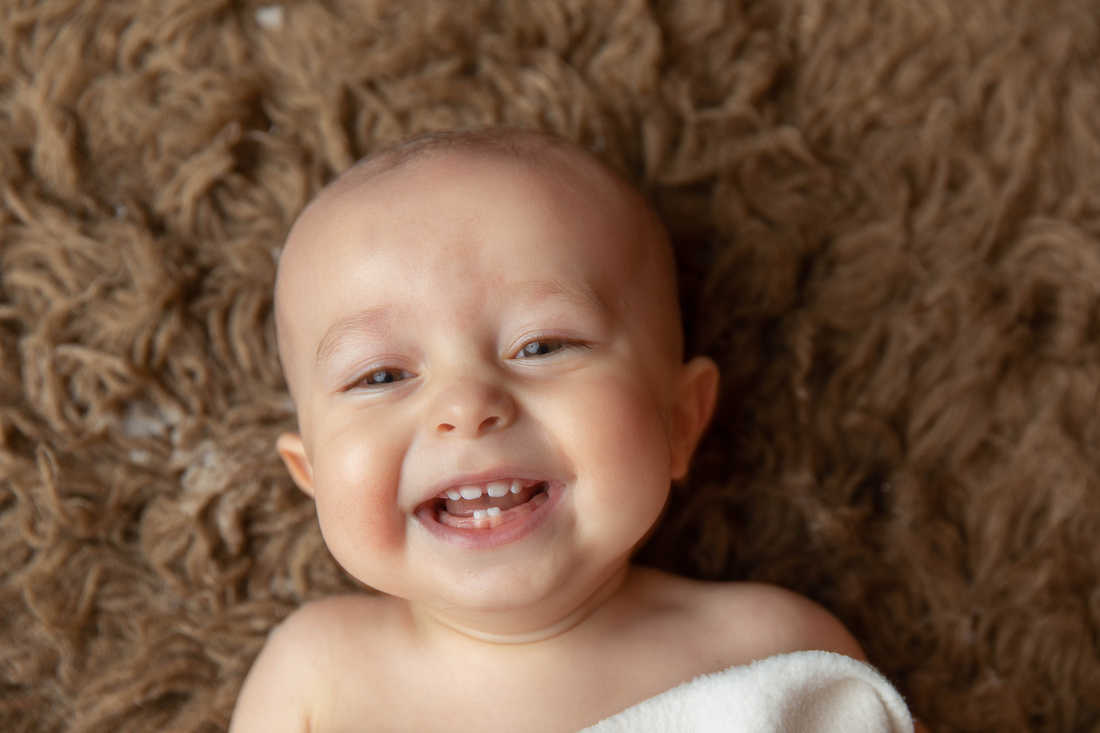 While we used the Mandalorian theme for the cake smash and bath tub clean up photos, we were sure to get some before and after photos of Jonathan including some classic shots of him in a cute blue and tan outfit and some fun shots with a Super Nintendo theme. And how perfectly it worked out that he had wild hair after his nice warm bubble bath for photos in his "Wild One" outfit! This little guy was so happy and agreeable for the entire session it was difficult to chose the final images but Mom and Dad will be documenting Jonathan's cake smash with a beautiful album they are sure to show his first girlfriend when they reach that milestone! Such a pleasure to work with, I can't wait to see this family again! 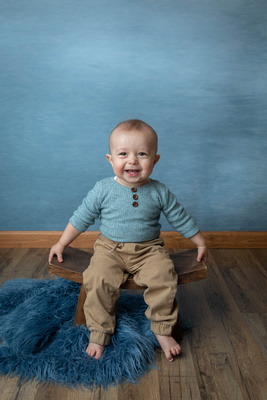 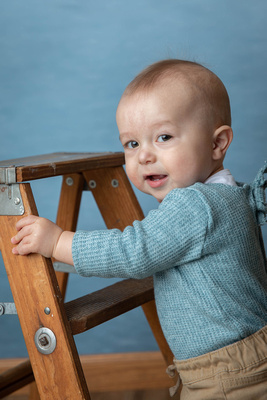 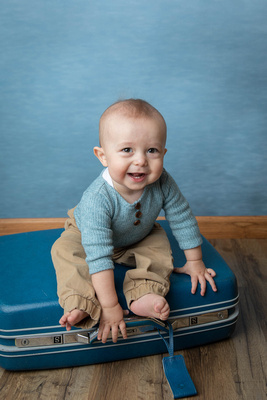 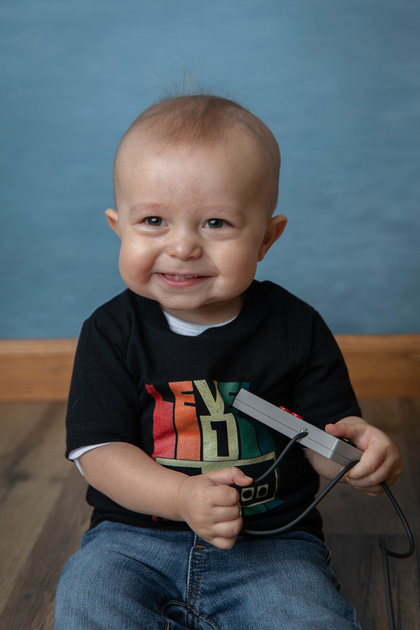 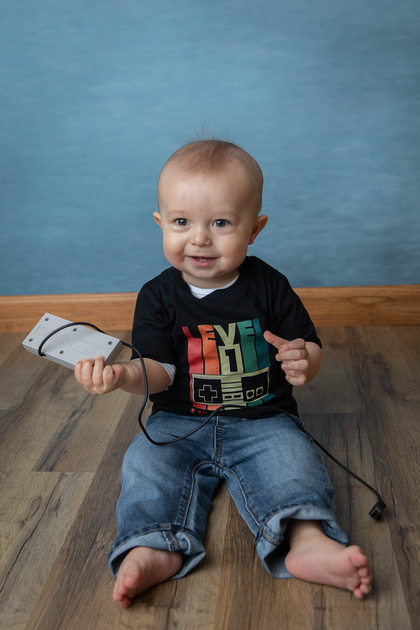 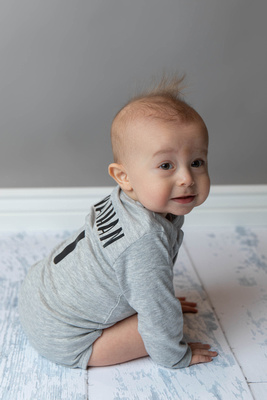 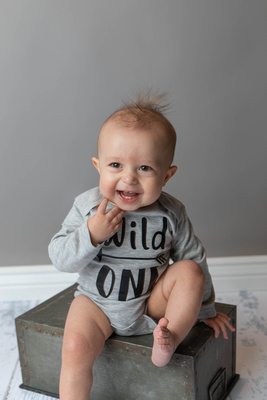 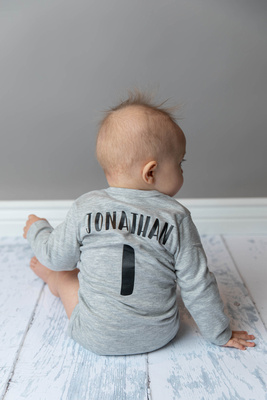 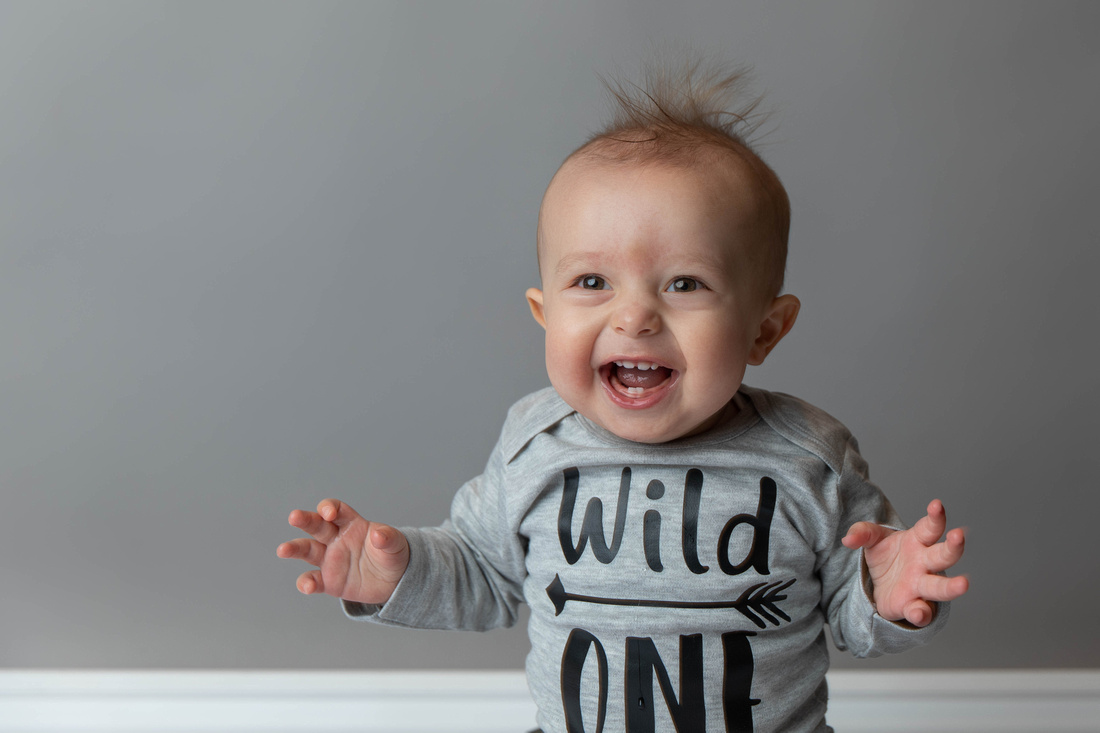 Special thanks to Wayne Adams for his 3D Razor Crest print. Wayne is located in Aurora, CO and does commission work!