I recently recreated a Normal Rockwell painting for a client who wanted to capture this image of her daughter before an upcoming birthday. I love the idea because it depicts a young girl's sweet innocence and apprehension about growing up, and is just perfect at this age. Norman Rockwell was known for depicting Nostalgic America with elements of pop culture and feeling. The original image entitled "Girl at a Mirror" was created as the cover of the March 6, 1954 issue of The Saturday Evening Post and is full of insightful and symbolic elements. The magazine in her lap shows a portrait of Jane Russell who starred in "Gentleman Prefer Blondes" with Marilyn Monroe. This beautiful brunette mimics the worried, apprehensive look of the original image as she stares at the mirror. A discarded doll from her youth lays nearby while a comb, brush, and red lipstick that represents the beauty of a movie star she compares herself to is by her side in this symbolic portrayal. 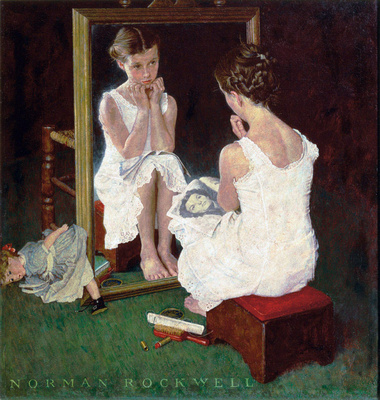 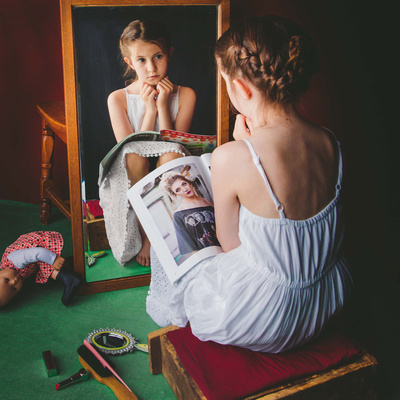 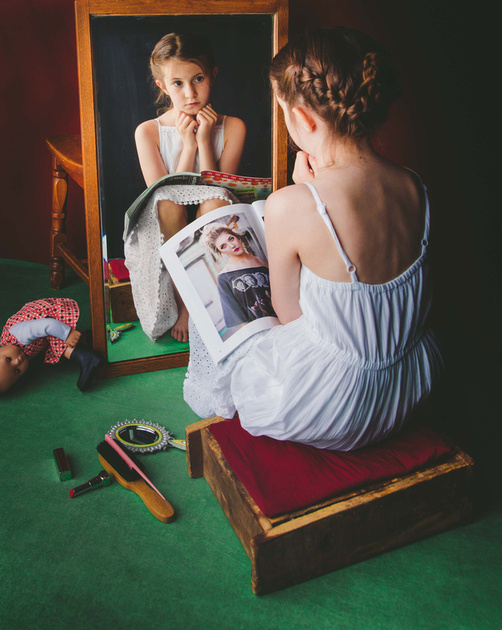 The additional time at home that many had due to COVID19 Stay at Home orders prompted a string of recreations of famous paintings. Some of these image recreations were very true to the original while some used fun elements for the situation, including toilet paper and disinfectant. You can see some of the recreations on this Twisted Sifter post. Even school art teachers jumped on this trend which I found out about when my daughter's art teacher sent out an assignment to recreate a Norman Rockwell image. I saw some classmates images that were super cute and funny.... think The Music Man, and was immediately excited to do this as a photographer with time on my hands! I created the image for my daughter (below) in my home studio and posted it on social media which led to being contacted to recreate it for my client after Stay at Home orders were lifted.